* In case of any delay in receiving the OTP, you may verify it later. Please proceed without verification.

Enter your City name or Pincode

Maham (also spelled as Maham) town is a historical town located in Rohtak district of Haryana state. Today this historical town enjoys the status of municipal committee in Rohtak district and is also witnessing many encouraging economic activities. This small town today is surely making earnest efforts to change its fortunes and reclaim its past glory. Below is exhaustive information about this small town, right from its glorious history to current economic status to available infrastructure in critical areas like health, banking services etc. 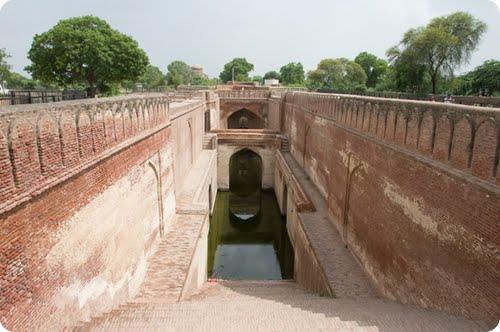 About some 5 kilometers from this town’s western border there are many huge sand dunes, which were used to store rain water during heydays of Harappan civilization. For many decades and centuries these sand dunes were made subject to many myths and hypothetical stores. But after detailed survey and study conducted by historians and archeologists it was finally established that these sand dunes were historical treasures belonging to the great civilization. After this startling revelation historians and archeologists started looking at this region’s history with even more great interest. Even locals started taking immense pride in rich history of their region.

We now will move beyond Harappan civilization and talk about another memorable period. A period wherein this region witnessed many dramatic ups and downs. This was the medieval era when many Muslim dynasties ruled this region. While few dynasties brought immense destruction and hardships for locals, others brought lots of prosperity and long lasting peace. Starting with rulers that brought immense hardship, then the most prominent name in this category is Mahmud Ghazni’s son Mas'ud I of Ghazni.

It is believed that this entire region got ransacked when he invaded this town in early 11th century. This invasion was in fact so destructive that it inflicted very deep wounds in minds and hearts of the local people. These wounds were, however, partially healed when Firoz Shah Tughluq made this region into major agricultural hub and brought moderate prosperity in this town. Mughals not only brought political stability and economic prosperity, but also accorded immense strategic importance to this region. In fact if it hadn’t for strategic importance then Mughals would have never constructed famous Maheem Fort. Today this fort may be laying in ruins, but in its hey days it was symbol of power and wealth that Mughals had brought in this region.

Local economy of Maham is completely dependent on agricultural sector. Nearly 60 to 70% of local population is dependent on agricultural sector for their livelihood. The total agricultural output of this region is also pretty high. The region has many canals and irrigation projects, which surely helps in raising agricultural production. As for local industries are concerned, then industrial sector has always been pretty nonexistent here. Actually most of the industries in Rohtak District operate in Rohtak Block. As of today there are nearly 7 large scale and medium scale plants operating in Rohtak Block. Besides, many small scale factories also operate in this block. The reason we are mentioning about this industries is because huge numbers of locals from Maham town are also employed in these plants. 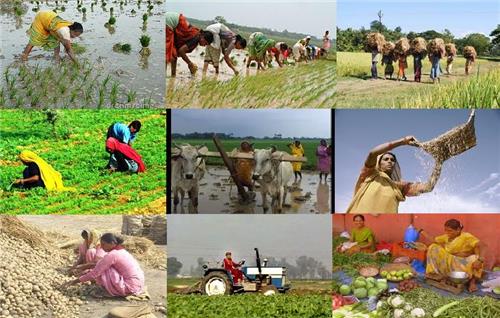 Finally we’d like to talk about an ambitious project that can very well change economic fortunate of this town. Haryana State government is toying with the idea of constructing a Greenfield Cargo Airport in one of the nearby villages of Maham. Airport Authority of India or AAI has already given in-principle consent to this plan. It sanctioned the plan in January 2014. If this ambitious project does see day of light, then it would definitely mark a new chapter in this town’s economy.

Having witnessed such rich history, Maham town not surprisingly has many historical monuments, which even today are worth visiting for reliving the rich history of this place. One such monument happens to be Shahjahan ki baoli, a very unique water tank that was constructed during Mughal reign. The entire architectural design of this water tank was revolutionary and ahead-of-its-time for those days. Although this monument isn’t really well preserved, but fortunately historical aura of this monument is still intact and this is why it is still worth visiting even today. Besides Shahjahan ki baoli, this town also has other worth visiting historical monuments. These are Maham Masjid, Maham Fort and Tomb of Hazrat Shah Muhammad Ramzan Mahami. Although even these monuments are suffering from administrative neglect, but at least for history lovers these monuments are surely worth visiting.

The local civic administration of this town is looked after by Maham Municipal Committee. Total 13 wards come under this municipal committee and as per 2011 census approximately 20,484 people were living under the jurisdiction of this municipal committee. As for civic responsibilities are concerned, then its civic responsibilities are just as same as most other Nagar Panchayats and Municipal Committees of our country. This is to say that Maham Municipal Committee has to ensure supply of water to every household and also maintain drainage and sewerage in the town. Besides, it also has authority to construct new roads and collect revenue by imposing property taxes on all households coming under its jurisdiction. 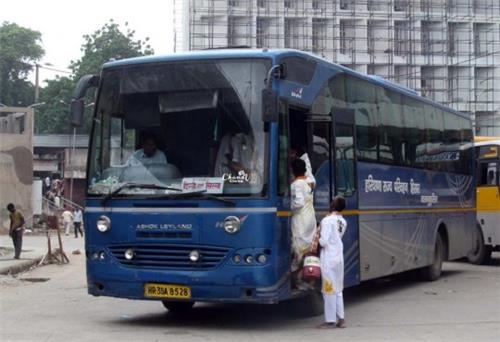 Healthcare services of Maham town can’t be exactly termed as reliable, but it is slowly getting there. We say this because compared to past today Maham town definitely has more hospitals, clinics and doctors. And anyhow patients from Maham are always free to go adjoining towns of Rohtak and Julana, where there is no dearth of well equipped hospitals – including multi specialty hospitals. Coming back to existing healthcare infrastructure, then this town is in dire need of huge investment in this critical sector. However, for huge investment to take place in healthcare services, the overall local economy of this region will have to grow at higher rate for many continuous years.

Banking services in Maham town isn’t really well developed, but service is slowly improving with number of bank branches rising steadily by every alternate year. Coming back to present scenario, then most of the banks operating here are PSU banks, with just one or two banks belonging to private sector banks. The over all presence of these banks has given local citizen here never before like access to many modern banking services. Something which few decades back local citizens of Maham town was not even distantly possible.

Safety and Security in Maham

Maham is a very safe and secure town. Mainly because town’s law and order is not threatened by any organized gang or crime syndicate group. Nor does any kind of communal violence or riots pose any kind of challenge to local police here. Besides, pity crimes like small theft, domestic violence etc also occur in very lesser numbers here. However, all said and done about law and order being immensely stable, Maham’s local police station still ensures that it is always on its toes to avert any law and order problem.

Maham at a glance

Comments / Discussion Board - About Maham